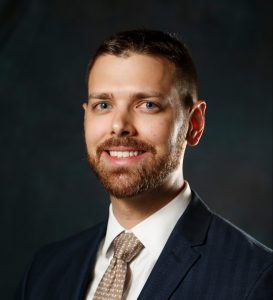 “Ted is sure to be an asset to both the MORPC team and the entire region. With his experience in economic development and public policy, we’re excited about the work he will be doing to bring additional resources and tools for infrastructure and investment. Ted's work is especially critical to local governments as our quickly growing region builds towards economic recovery.”
MORPC Executive Director William Murdock

“As a Westerville native, I’m proud to be back home in Central Ohio and working to build a prosperous region that supports all residents and businesses. I’m looking forward to working with MORPC members from throughout the region as we advance critical infrastructure and development projects that support long-term community and economic growth.”
MORPC Economic Development & Infrastructure Officer Ted Geer

Geer is an accomplished urban and regional development professional with experience in public policy, public finance, economic development and government relations. He returned to Central Ohio after working in Philadelphia, Houston, and Washington.

Most recently, Geer established a Washington office for the Greater Houston Partnership, where he coordinated the Houston business community’s efforts to secure over $20 billion in federal funds for economic development and resilient infrastructure following Hurricane Harvey.

Geer began working at MORPC in late May.