The Rapid-Speed Transportation Initiative builds upon MORPC’s ongoing efforts to develop stronger transportation connections with neighboring regions. This initiative is focused on improving connectivity to Chicago and Pittsburgh through exploration of two transportation technologies, including traditional passenger rail and hyperloop.

In 2019, MORPC conducted two studies as part of this initiative: A feasibility study of hyperloop technology for the corridor, followed by components of a Tier I environmental impact statement (Tier I EIS). Virgin Hyperloop One, a world-renown company leading the development of hyperloop technology, collaborated in these studies by providing technical expertise regarding corridor needs as it relates to building a hyperloop route that can sustain optimal average speeds of 500 miles per hour.

The Midwest Connect Feasibility Study explored potential hyperloop routes connecting Columbus to Pittsburgh and Chicago. The study included two potential route alignments for evaluation. The first option follows the rail corridor featured in the Hyperloop One Global Challenge Midwest Connect corridor proposal. The study team was first tasked with determining if the rail corridor was feasible for a hyperloop route at optimal speeds. The second option was to evaluate an alternative route that allows optimal hyperloop speeds, which was defined as part of the study work. The potential routes include the following cities: Chicago, Fort Wayne, Lima, Marysville, Columbus, and Pittsburgh.

The Midwest Connect Feasibility Study enhances work already completed by MORPC, which submitted its winning proposal to Virgin Hyperloop One as part of its “Global Challenge” competition in 2017, further explained here. The study provides estimates of transportation demand and economic benefits, and proposes a potential implementation strategy as well as a stakeholder and public engagement strategy. Of most significance, the feasibility includes a draft purpose and need statement, a technical document that will guide future federal environmental approvals for the development of the hyperloop corridor. 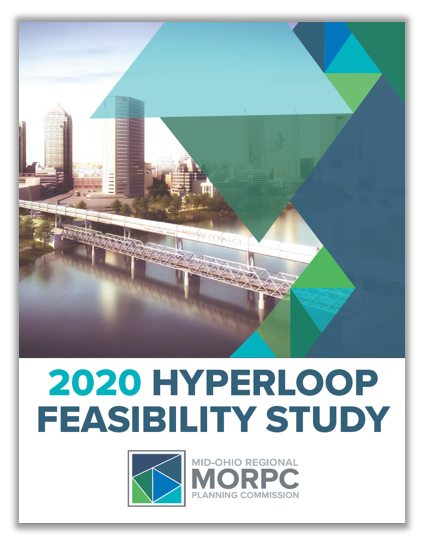 The purpose of this study was to determine if a Chicago-Columbus-Pittsburgh corridor is feasible for hyperloop technology at optimal average speeds of 500 miles per hour. This included considerations for route alignments that needed to have limited curves since the technology needs straight alignments to achieve the desired speeds.

At the same time the hyperloop feasibility study was underway, MORPC along with partners in Lima, Marysville, Dublin, and Union County completed initial components of a Tier I Environmental Impact Statement (EIS) study to advanced intercity, rapid-speed transportation service between Chicago, Columbus, and Pittsburgh.

The study complements and incorporates Tier I EIS components work for the corridor portion between Chicago, Fort Wayne, and Lima as completed by by the Indiana corridor partners – that includes the City of Fort Wayne in collaboration with the Northeast Indiana Passenger Rail Association. The Columbus to Chicago Passenger Rail project began in 2013 as an effort to bring passenger rail service between Chicago, Fort Wayne, Lima and Central Ohio. This effort included identifying investment needs to improve freight flows and freight rail congestion between Chicago and Columbus. The project has since evolved to include Pittsburgh in the corridor, and the scope has been expanded to include analyses that will inform future environmental analyses for hyperloop corridor development. The EIS work completed in 2019 collects data, documents existing conditions, provides separate draft purpose and need statements for the passenger rail project and the hyperloop project, and analyzes route alternatives for both modes.  Future EIS work will include service alternatives for proposed routes and evaluate infrastructure investments. 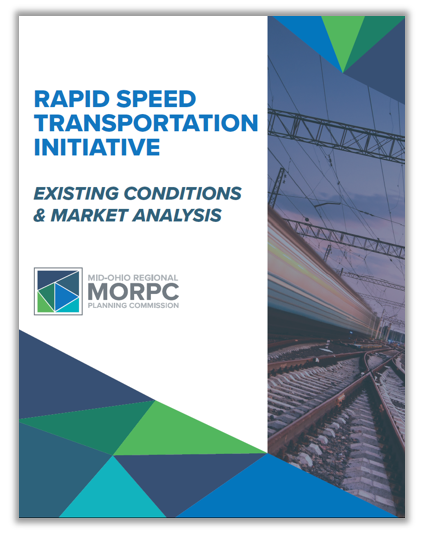 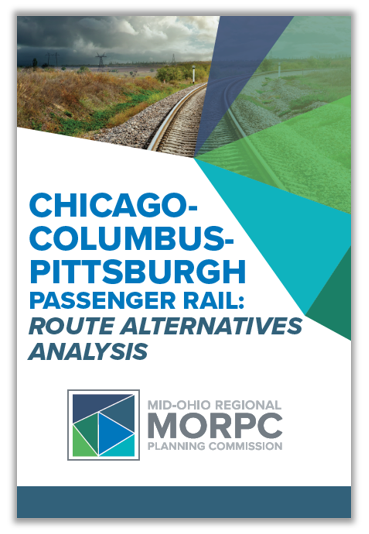 Central Ohio had passenger rail service to Chicago and Pittsburgh until 1979, when service was terminated. The Chicago-Columbus-
Pittsburgh passenger rail route will re-establish passenger service along existing rail lines, currently owned and operated by freight
railroad companies such as CSX and Norfolk Southern.

The results of these studies are informing the next phases of the Rapid Speed Transportation Initiative, which will include additional Tier 1 EIS work.